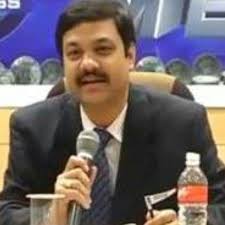 Across the globe, users of civil and criminal justice systems, including courts, often complain that the systems take unjustifiably long time to process given matters. The typical court user who suffers never-ending talk from attorneys, growing legal bills and reams of court documents feels that his or her cases before the courts go on eternally. In different court systems, the lengths of time that constitute what is deemed delayed justice are different. When one asks different court users what length of time that the courts take in dispensing off with specific court matters they deem excessive, he or she gets different responses. The question of what amount of time is excessive always attracts different answers.[1]

Clearly, the question is not in any way rhetorical. The responses elicited by the question can help court users of specific courts in appraising the courts, especially for their efficiency. The responses can aid the users in devising the particular interventions or reforms required to bolster the courts’ user contentment plus timeliness. As well, the responses enable prospective users of specific courts to better guesstimate the lengths of time that the courts may be taking in processing the matters they bring before them, accordingly, offering the users insights that assist them in adjusting their expectations. Notably, delayed justice means many unresolved disputes between different legal persons, including businesses and individual persons. Delayed justice entrenches poverty. Delayed justice hampers efforts aimed at bolstering a people’s shared prosperity by and large.

The Indian court system is devoid of guidelines on the timelines that courts should follow in dispensing off the matters brought before them for determination so as steer clear of the delayed justice infamy. There is widespread thinking that there are rules, which are in white and black, on the lengths of time that cases before courts should take. Sadly, the thinking is erroneous in many court systems. No one can point out any national or international rule or guideline on the lengths of time that Indian courts should take to completely process the cases before them.

As matters are, the Indian courts operate by the unwritten rule that they should consider every case on its merits. They have been calls to the courts to operate by varied rules of thumb established in other courts, including the European Court of Human Rights. Notably, the European Court of Human Rights has put in place progressive rules of thumb aimed at checking on the delayed justice menace.[2]

A review of the rules of thumb would form a good basis for determining whether the Indian court system is defined by excessive justice delays.

By and large, the European Court of Human Rights considers taking two years in completely processing normal cases, which are devoid of complex arguments, in each court level, as reasonable – and normal. Some of the cases brought before the Indian courts have remained undetermined for hundreds of years. Clearly, when a case goes on for more than two years in any national court level in the European Union, the European Court of Human Rights pays attention to it, seeking to determine if the national courts handling the cases are exercising due diligence on the processing of the cases.

Regarding priority cases, the European Court of Human Rights at times even finds fault with national courts even when they dispense specific cases within two years. Ideally, a court should dispense off with every priority case brought before it quickly so that the cases are effective. Would a labor dispute case involving an unpaid compensation or a dismal resolved ten years later be effective? There are many types of priority cases for which the Indian courts have been accused of undue delays. Such priority cases include some relating to trade restraints, accident victim compensation, police violence victims, elderly or sick applicants, and child custody.

The more the complex a case before a court is, the more the time that the court takes on it may be deemed reasonable. For instance, in cases with intricate arguments, the European Court of Human Rights considers times that are longer than two years reasonable. Even then, the court frowns against lengthy periods of court inactivity in relation to the intricate cases. Indian courts are characterized by lengthy periods of court inactivity across the entire case spectrum. Court inactivity brings about extreme delays. Indeed, hardly ever has the European Court of Human Rights deemed less than five years as being the reasonable time that any court should take on any matter brought before it for determination. There are thousands of cases before the Indian courts that have remained unresolved for tens of years.[3]

The statement that “justice delayed may amount to justice denied [and] justice hurried may in some cases amount to justice flurried” appears quite alive and spot-on in India.[4] The statement is elementarily a legal maxim, which portends that a person who suffers injustice and does not seek legal redress for the same is, by and large, comparable to a person who suffers injustice and the courts take an inordinately long time to afford him or her justice. Ideally, a person who has suffered injustice should be afforded a speedy hearing by the courts and his or case should be determined within a reasonably short time. It is unjust for those who suffer injustice to have to bear the brunt of the injustice with limited or no expectation for resolution. In India and elsewhere, the statement is often used by court reform activists who perceive courts as platforms where the wheels of justice turn painfully slowly. They often view court systems as excessively complex platforms. As well, they view the systems as being overburdened or devoid of the requisite political goodwill.

At present, justice delays in Indian in many cases emanate from different sources. Concerning all court proceedings that are yet to commence, the sources include disputes relating to court jurisdiction distributions; court officer transfers; lack of sufficient personnel; multi-member judge panels; case backlogs; court officer inaction; and systematic procedural rule shortcomings. In relation to all court proceedings that have since commenced, the sources include not summoning witnesses or parties; delays in effective legislation effectiveness; court jurisdiction disputes; delays in case file transmissions between courts; attorney preparations; judicial inertia; expert witness involvement;  frequent case adjournments; length breaks during hearings; and deferment of hearings. In relation to all court hearings that have since been concluded, the sources include judges taking excessively long times to pen and read their judgments to parties in cases. In administrative proceedings, non-judicial entities may cause justice delays. In civil proceedings, justice delays often stem from the abuse of the discretionary power of the courts or failure to take advantage of the discretion and insufficiency of civil procedure rules. In criminal proceedings, the sources often include prosecutorial service disorganization and inefficiencies; decisions on enjoining given cases; witness withdrawals from cases; and reliance of civil case hearings on criminal matters’ court rulings.[5]

As noted earlier, about 25% of all the cases filed in Indian courts remain unresolved for at least five years – the number has become increasingly alarming over the years. Across India, the number went up from a paltry 43 lakhs to over 63 lakhs in 2018. If one deems the handling of a case by a court for more than five years odd, then the 25% represents the general depth of the arrears in the lower Indian courts. Some of the administrative states in India that are badly bedeviled by case pendency are Gujarat, Bihar, and Odisha. Of the cases filed in Gujarat courts, a whopping 35% to 40% of the cases remained unresolved for at least five years, and comparable to the Bihar and Odisha figures.[8] These figures are a far cry from what the writers of the Indian constitution envisioned, especially in relation to Article 39A of the constitution.

On average, 50 lakh criminal cases are filed with Indian courts annually – the Indian police are tasked with investigating the cases. The criminal case pendency in the Indian’s subordinate courts is about 1.32 crore: the number of judges serving the courts is far from being adequate. The pendency rate across the courts is at times blamed on poor resource allocation to the courts and the entire Indian judiciary.[9] One of the retired justices of the Indian Supreme Court decried the poor resource allocation to the judiciary in a seminar he addressed in 2005 while serving at the Supreme Court. He quipped that the poor allocation meant that the poor people of India were unable to have their court matters move expeditiously in Indian courts up to the high court level. Owing to court delays, the poor in India who eventually are heard by a high court consider themselves very lucky. The courts are not well-resourced to deliver justice to the majority poor- for them, justice is a mere mirage.

The victims of delayed justice in the country are usually the majority poor. By “delaying justice and by indulging in dilatory tactics, the corrupt get away with crime” and their poverty-stricken victims continue suffering poverty and injustice.[10] It appears that “quick justice and reform in the criminal justice system are not the priority of [the Indian] Government, though [its functionaries] all talk about” it.[11] As a free state, India has clearly failed to address the extremely elementary issue of delayed justice. The free Indian state has failed to afford its poor subjects inexpensive, as well as quick, justice. It has failed to protect the vulnerable and the poor from a court system that has no qualms delaying justice for them. Its justice system may collapse in the near future since it is now already clogged by tens of millions of cases – which the system appears incapable of resolving entirely in the foreseeable future.

What are the principal problem areas and what needs to be reformed is what going to be dealt by the author in his ensuing note?

[1] Thomas O. Gorman, “Excessive Delay in the Courts: Toward a Continuance Policy Relating to Counsel and Parties,” accessed July 15, 2019, https://engagedscholarship.csuohio.edu/cgi/viewcontent.cgi?article=2425&context=clevstlrev 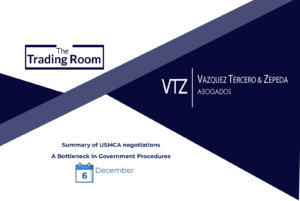 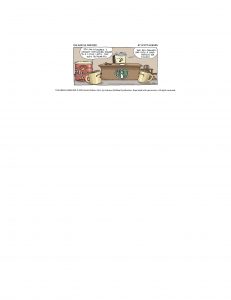 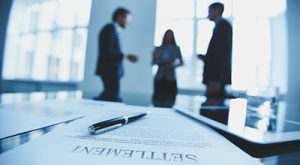