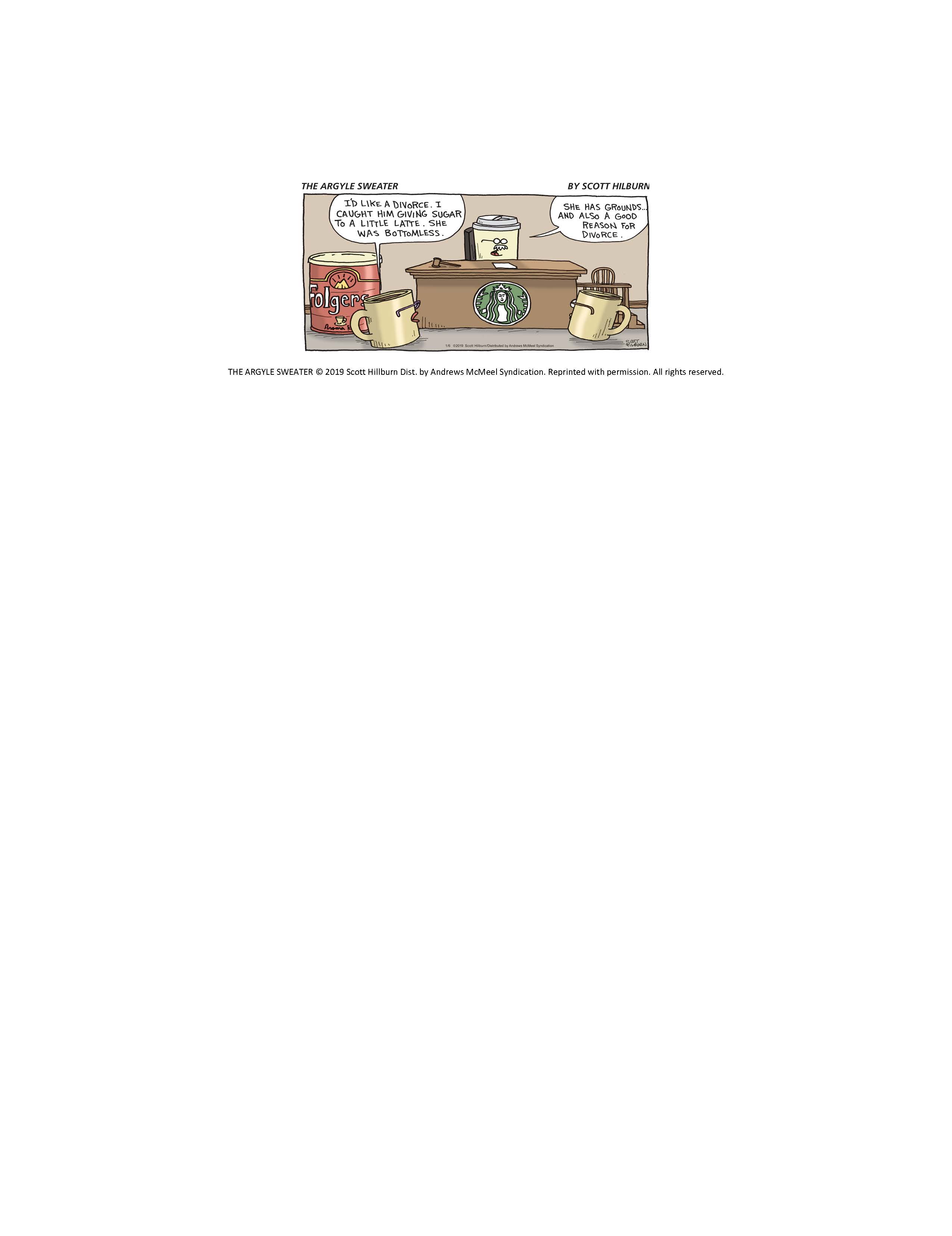 15 Oct Settlements: How and Why We Do Them

Posted at 02:21h in Negotiation by Glen A. Norton

HOW AND WHY WE DO THEM

Law Office of Gen A. Norton

© 2019 Law Office of Glen A. Norton All Rights Reserved

I suffered so much, why settle with my spouse now?

Although one has been injured by the conduct of another and it is tempting to make it as difficult for them as it possible, and that is possible to protract a case on the theory that it is harming the other party, it is also deemed to harm the court system and therefore has been the basis for the court to sanction a litigant for such conduct.

When a lawyer analyzes your case he or she will say what issues your case has and forecast your results in court based upon the law in statute and as interpreted in cases.

Most cases have some unique facts and most cases also have very routine facts. For routine facts an attorney will say the law and cases indicate some particular will likely happen. For common issues and facts, there will be many comparable cases and the judges and attorneys will know many like yours. There will be a common idea on how those should be treated based upon cases, statute, and the rules of court, and evidentiary issues, among most all judges and attorneys. Forecasting can be accurate and safe to do.

Cases which have unique facts, unusual applications of well-known statutes, new ways to interpret the statutory language, or situations that have not come to court previously (called instances of first impression) involve judicial discretion. First the trial judge, then if one litigant can appeal, the appellate panel in the Court of Appeals or sometimes even the Minnesota Supreme Court, can use discretion to make an opinion. The Supreme Court even decides if it is significant enough for them to hear it.

If the appellate courts are not confident in an opinion as a guide, they will call it an unpublished opinion. If it is a published opinion the attorneys and the trial court judges have a new point of measure for the facts of future cases.

Attorneys forecast your case based on how much it is like an old case. Knowing how much credence to put on a questionable claim comes from training and experience. We consider the image of a witness. What will, or could the appellate court system do in the political climate of today? How favorably will my client fare at each step up that staircase of appeals?                      Can we afford that expensive of a fight in time and money? How bad could a wrong decision be? All of those questions are estimated by an attorney as they guide their client through the litigation process using continuing research into the cases in Minnesota courts. If no good answers are found here we look elsewhere for guidepost cases from other courts whose law is comparable to ours. We look at public policy, and then if still there is no strong indication on how a judge could and should use discretion, consider public opinion and politics. This process is more expensive the farther along it goes in the analysis and the longer the case is in the system because both sides are in a race for the best arguments.

Cases which look like a sure win can turn into something else. Consider that the best team is not always the winner.

People spend six figures in District Court on a trial only to spend six figures again in the Court of Appeals and possibly the Minnesota Supreme court if they are able to get there. How? There is research, printing transcripts, writing and printing and binding legal brief books, responsive briefing, oral arguments, pre-briefing, mediation, and all aspects of the appeal preparations. One side may get what they asked for, but very rarely. Litigation is worth avoiding. That causes settlement.

We objectively compare your case with the cases where people spent the litigation money and the court made rulings. We consider your facts and your issues and evaluate what we think the best result would be, and then what the worst result would be. As we approach the settlement process, think how much the litigants spent on the big-name cases. Consider their results, and what it is likely to cost you to get that kind of result. Also consider that it is generally acknowledged that 10% of the cases are decided in error just because someone has a bad day for some reason. Does a practical person risk a trial?

We make, or we review a settlement offer. Regardless of which system we use to get to that offer, this ‘best day in court’ is sometimes called the best alternative to a negotiated agreement, and the yardstick we use to measure your case as we help you settle it. We ask you what you want. We offer what you decide we can give and see what we can get. Then we start trading until we find what we can live with and what they can live with. There are statute and cases to give us a background. Knowing what we are likely to win in court and the cost to get that and reading the tells of the other negotiator is what you get from your attorney’s experience. We may tell unreasonable                          parties on the other side “We can do better in court.” We hope then They will try to be more negotiable, but sometimes it means we must be more negotiable, or it means we will not settle yet.

There are several protocols to accomplish settlements.

Mediation: In a mediation a neutral is hired to facilitate parties coming to an agreement. It is intended that the neutral cannot give either party any legal advice about what a good settlement is or if what you are discussing is fair, nor can they ethically write the court documents. Mediators are there to get to agreement so they will not stop you or caution you about the option of going to court as compared to the possible agreement at hand and the person who will give the most usually does give up the most even if that means giving up more than they should have to give. It can get to be just a little more to settle over and over just like an auction. Knowing what you want to offer and how far you will go in negotiations before deciding to walk away that day is good strategy. It is voluntary so no one has to agree to anything that day if they do not want to.

Arbitration: In pure arbitration each party presents their position and the arbitrator makes a decision. That decision is the ruling deciding the issue. Often this is tacked on to the end of a mediation if an agreement is not reached on some of the issues in a process called Med/arb. Although it is voluntary to agree to go into this process, once you are in it, you get the ruling and are stuck with it. Sometimes you are allowed to appeal it to a court and sometimes the agreement to arbitrate also includes an agreement that it is not appealable at all.

Early Neutral Evaluation: Here either social or financial issues are resolved by bringing the issues to a neutral that the attorneys believe will be able to forecast the court result accurately. He or she or both he and she are impartial listeners as each side presents what facts they believe they will have for their case if it went to trial. Then the neutral(s) predict and guide negotiations. A high percentage of parties settle knowing their issue was considered and knowing the likely outcome. If the attorneys or the parties don’t trust the neutral(s) it cannot succeed.

Collaborative Law: In this style of dispute resolution the focus is upon settlement. The parties select professionals trained in Collaborative Law with the exclusive task of settling for the whole family. Parties agree at the first meeting that the attorneys and the parties will all deal fairly with each other without hiding anything or misleading anyone. The attorneys quit if there is no agreement so that everyone freely shares all information without fear that inside information will be used against them if no agreement is reached. The parties and the attorneys hire one neutral expert for difficult issues.

The custody issue is discussed by a child development expert and both parties together, without paying attorneys to be there at all. If there is a problem, the meeting can be adjourned and the attorneys can be brought in, but usually the neutral can control the meeting or the neutral meets with each party separately. Once the child development neutral talks to the parents, he or she may also talk to the children and others. He or she will get an understanding of the whole family dynamic. After that part is done the child specialist begins a parenting plan and consults with the parties and ultimately with the attorneys and at a subsequent meeting with everyone together the details of an agreed parenting plan are negotiated.

Likewise, for finance a neutral may be hired to bring specialized divorce planning expertise and to gather the information and to sort out the facts without the parties each using attorneys’ time. Agreement is easier when everyone meets together for a follow-up meeting. The expert can show financial details and projections so that both parties can see that they can make their budget with their income after the divorce. They can see how they can save for retirement after divorce. They can share the marital assets without paying unforeseen taxes or missing out in sharing some joint assets. They can plan how to pay for a child’s college.

Not all collaborative divorces are complex or need all of these. Some need even more specialists such as mental health counseling or chemical dependency coaching. Unique solutions are more available in this forum than in the court process. When we are done it goes to the judge in a take-it or leave-it agreement.

Some things the Minnesota USA courts have said over the years about settlements:

“This court has always supported a strong public policy favoring the settlement of disputed claims without litigation…Where the parties settle a dispute and a court enters a judgment upon the parties’ consent, that judgment is in many ways like a judgment entered after full contest upon a jury verdict or a court’s finding. It may be enforced in the same way as any other judgment. It is no more subject to collateral attack. The original claim may become merged in it or barred by it just as that claim would be in a judgment after contest. A consent judgment has been said to have a dual aspect. It represents an agreement between the parties settling the underlying dispute and providing for the entry of judgment in a pending or contemplated action. It also represents the entry of such a judgment by a court–with all that this means in the way of committing the force of society to implement the judgment of its courts.”

“Stipulations are generally a judicially favored means of simplifying and expediting litigation and are accorded the sanctity of contracts.”

The Toughill Appellate Panel continues in a footnote:

“As binding contracts a party cannot repudiate or withdraw from a stipulation, without the consent of the other party except by leave of the court for good cause shown.”

Shearer v Shearer, 891 NW 2d. 72, 76 (Minn. App. 2017) favorably citing the Toughill and Shirk cases named above. For at least the last 50 years this has been the preferred method of resolving your case.